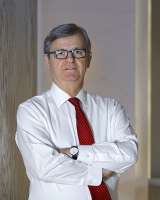 Dr Nikos Prapas graduated from the Medical School of the Aristotle University of Thessaloniki and completed his specialisation in Obstetrics – Gynaecology in 1983. His interest in infertility led him, in 1984, to Italy, where he was trained for a year on infertility issues (Hysteroscopy, Laparoscopy, Andrology, In Vitro Fertilisation), under the guidance of Professor Ettore Cittadini, a pioneer in establishing GIFT (Gamete Intra-Fallopian Transfer) in Europe. In 1997, he spent a year as a visiting fellow in the  Department of Ultrasound in Obstetrics and Gynaecology at Yale University (USA). Subsequently he continued his training in various pioneering IVF centres (Prof. Schoysman, Belgium; Jones & Jones Institute, USA). He holds a postgraduate degree in Clinical Embryology and Andrology from the Jones & Jones Institute. Dr Nikos Prapas was one of the pioneers in establishing embryo transfer under continuous transabdominal ultrasound monitoring in IVF. He has authored a large number of scientific publications on the topic of infertility. 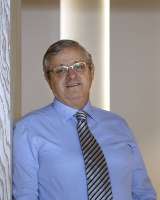 Dr Yannis Prapas graduated from the Medical School of the Aristotle University of Thessaloniki and completed his specialisation in Obstetrics – Gynaecology in 1984 at the University Hospital of Alexandroupoli (Greece). His interest in infertility led him, in 1985, to Paris, where he spent two months observing hysteroscopy procedures performed by J. Hamou.  Subsequently, he worked at the CNRS (National Centre for Scientific Research) as an associate researcher on impaired endometrial receptivity in the laboratory of A. Psychoyos at the Ηopital Kremlin-Bicetre (Paris, France), where he published his first international papers on topics pertaining to embryo implantation. His primary specialisation on issues of infertility and in vitro fertilisation was undertaken at Bordeaux, France, where he worked for a year under the direction of Alain Audebert and J. C. Emperaire. He then followed a 6-month training in Belgium, in Professor Robert Schoysman’s Andrology and In Vitro Fertilisation Unit. Since then, he has visited a number of pioneering IVF centres and in 1996 he completed a year-long fellowship observing the work of the Department of Reproductive Endocrinology at Yale University, under the direction of Professors Naftolin, D. Olive and E. Ε. Jones. Dr Yannis has published a lot of research in international scientific reviews on embryo implantation during an IVF cycle.